With dystopian movies gaining in popularity and Netflix being one of the most popular streaming services it’s time we marry the two. There are dozens of dystopian movies on Netflix and we’ve narrowed it down to ten that you need to watch. If you enjoy the drama and suspense that goes along with dystopian movies then you’re going to want to stick around until the end. If you find any of our suggestions helpful please be sure to shoot us a tweet on Twitter and let us know.

What are dystopian movies?

Dystopias movies are often characterized by dehumanization, totalitarian governments, ruthless megacorporations, environmental disasters, or other characteristics associated with a dramatic decline in society. If you’re seeking a film that will take you to an unfamiliar yet interesting world, consider watching one of the many dystopian movies on Netflix. From post-apocalyptic thrillers to films about societies gone wrong, Netflix has plenty of titles to choose from. dystopian movies are perfect for those who want to explore different cultures and worlds without leaving their living room. Here are some of the best dystopian movies on Netflix.

Summary of the Best 10 Dystopian Movies on Netflix

The films present a seemingly normal, crime-free America in the near future. However, the country is a dystopia that celebrates an annual national holiday known as “the Purge,” a day in which all crime, including murder, becomes decriminalized for a 12-hour period. The movie follows a family who must face their worst fears when their home is invaded by a group of criminals. The Purge is a suspenseful and intense thriller that will have you on the edge of your seat. The Hunger Games is set in a dystopian society where children are forced to compete in a televised battle to the death. The movie follows Katniss, a young girl who volunteers to take her sister’s place in the Hunger Games. The Hunger Games is an action-packed movie that will keep you entertained from start to finish. There are several movies in this dystopian movie series on Netflix, so you have plenty to catch up on. Divergent is set in a dystopian society where people are divided into factions based on their personality types. The movie follows Tris, a young girl who doesn’t fit into any of the factions. When she discovers a plot to destroy all the factions, she must risk her life to save the people she loves. Divergent is an exciting dystopian movie on Netflix with non-stop action. 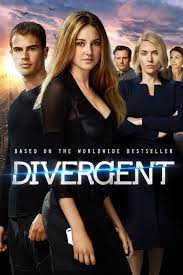 Elysium is set in a dystopian future where the wealthy live on a luxurious space station while the poor are left to fend for themselves on a ruined Earth. The movie follows Max, a man who will stop at nothing to get to Elysium. Elysium is a gripping dystopian movie on Netflix that will leave you thinking long after it’s over. 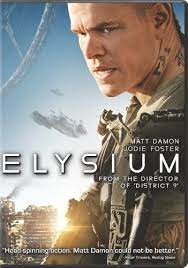 Set aboard a train carrying the last survivors of a global apocalypse, Snowpiercer follows the struggle of lower-class passengers fighting for their survival against upper-class passengers. This is a dark and suspenseful dystopian movie on Netflix that it will keep you guessing until the very end. Wealthy passengers live in florid decadence in first class while everyone else is kept firmly in place by literal socioeconomic barriers in the form of doors between cars. Armed guards beat anyone who dares to attempt to move beyond his or her car. The Maze Runner is set in a dystopian society where boys are sent to a maze to find a way out. The movie follows Thomas, a boy who is determined to find a way out of the maze. The Maze Runner is an exciting and suspenseful movie that will keep you on the edge of your seat. This one reminds us a lot of the Hunger Games series so you enjoy those films this will be another good one to watch. Based on a Phillip K. Dick novel, Blade Runner: The Final Cut depicts a dreary Los Angeles decades into the future, where man-made humans toil away as slaves in space colonies. After a group of these androids known as “replicants” break free and come back to Earth, they’re pursued by Rick Deckard (Harrison Ford), a former police officer who now kills replicants for sport. With its dark outlook on what life might be like after animals go extinct, the wealthy take over, and humans are reduced to products created in Labs,  Blade Runner is considered one of the best dystopian films ever made and luckily it’s available on Netflix. 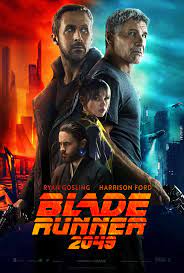 The film Metropolis, produced during a time when expressionism was popular in Germany, is set decades into the future and follows one of the first stories ever filmed about science fiction. A large portion of society is split between those who have to work long hours for little compensation and live in poverty underground while the elite classes enjoy their wealthy lifestyles above ground. The upper class relies on the working class to keep machines running that maintain their standard of living, but they do not treat them with respect or equality. When Feder, the son of one of these privileged citizens falls in love with Maria, a woman from below ground who works tirelessly every day just to survive, they begin a revolution as they try to close social divides and restore justice back into society. A Clockwork Orange is one of the more controversial dystopian movies on Netflix. A Clockwork Orange, based on the Anthony Burgess novel, is set in a futuristic British government that suppresses its citizens. The main character Alex De Large (Malcolm McDowell) and his friends engage in nightmarish activities. After disagreements with his gang, authorities capture and condition him using the horrific “Ludovico Technique.” Stanley Kubrick’s A Clockwork Orange is a brilliant social commentary on the dangers of aversion therapy and the importance of free will. Malcolm McDowell’s performance as De Large is astonishing, and the film has amassed a cult following since its release in 1971. Set in a future Britain that has been taken over by a totalitarian regime, 1984 follows the story of Winston Smith, a government employee who is tasked with rewriting history to fit the narrative dictated by Big Brother. Winston meets Julia, another dissenter who shares his views on the oppressive regime, and together they plan to rebel against Big Brother. If you’re looking for something suspenseful and dramatic to watch then be sure to check out these dystopian movies on Netflix. Many of these movies have great reviews and make for a good night on the couch. In addition, many of them have a loyal fan base and we hope you find something new that you enjoy. Sit back, relax, and enjoy!