[av_textblock size=” font_color=” color=”]
Are you as excited as we are to finally see the adventures of girl group Jem and the Holograms on the big screen this weekend?!?! Yassssss, Queen! Friday, October 23rd, Nashville’s Aubrey Peeples takes her first leading role as young musician Jerrica and her stage persona Jem, front woman of the funky Holograms. The film also stars Juliette Lewis and teen icon forever Molly Ringwald (Breakfast Club, The Secret Life of the American Teenager). Aubrey Peeples as Jem in the new film.

As you may or may not be aware, this isn’t Jem’s first appearance in pop culture. In fact, this weekend’s film is a live action adaptation of the iconic cult fave animated series from the mid 1980’s. In the animated series, Jem is the alter ego of Jerrica Benton, head of Starlight Records, a fancy philanthropist, a quirky fashion icon, a kind and thoughtful friend, and an all-around cool chick. On stage as Jem, her high tech earrings activate with power from Synergy–a futuristic bot with crazy powers left to her by her deceased dad–to disguise her and the other Holograms to keep their private identities secret. With their anonymity, Jem and her sisters/bandmates operate the record company and its foundation which adopts and cares for young orphaned girls. In the 1980’s, consumerism as we know it was in its nascent stages, and catering to kids and their tastes first really started to become a thing. Cabbage Patch dolls became a crazy cultural trend as did action figures in the wake of Star Wars. Given that, Hasbro started creating soldier themed action figures called GI Joes and another line of toys that transformed in your hands from car to robot, aka Transformers. The toys were so popular that Hasbro wanted to increase demand, so Marvel and Sunbow began making animated series for children with characters and story lines based on the successful lines of toys. Jem’s story is very similar, except the show came first, and the action figures followed. But Jem came from the mind of a staff writer for both the GI Joe and Transformer series, Christy Marx. Jem creator Christy Marx wanted to create something similar to GI Joe and Transformers, but something that interested young women, with a strong female role model young girls could look up to. And voila!!! Jem was born.

The first episodes began airing in syndication in 1985 until 1989 and spawned the aforementioned action figures and toy lines. Besides finally giving young girls some Saturday morning content to look forward to with a strong independent female role model, Jem was revolutionary in another way. The show often featured music videos from the its titular band as a part of the story line and a method for furthering the narrative. In the wake of the popularity of MTV, this was a brand new technique, though now it seems inevitable.

Check out some of Jem’s original music videos for a little #TBT, and if you really wanna catch up on the OG Jem, all 65 episodes of the original series are available for streaming on Netflix!

[av_textblock size=” font_color=” color=”]
Did you enjoy this article? Leave a comment below! And check out all of the great new content from Young Entertainment Magazine including updates on, top teen novels, young adult TV shows, movie casting news, your fave musical artists, and more!  Follow us on Twitter, Facebook, and Instagram.
[/av_textblock]

jem and the holograms throwback thursday 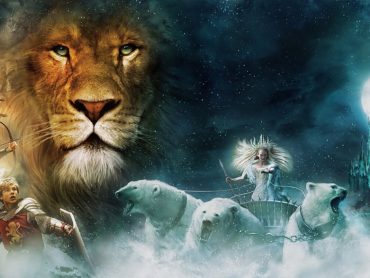 If you've been keeping up with the new season of Once Upon A Time, you know that there's a new baddie in...