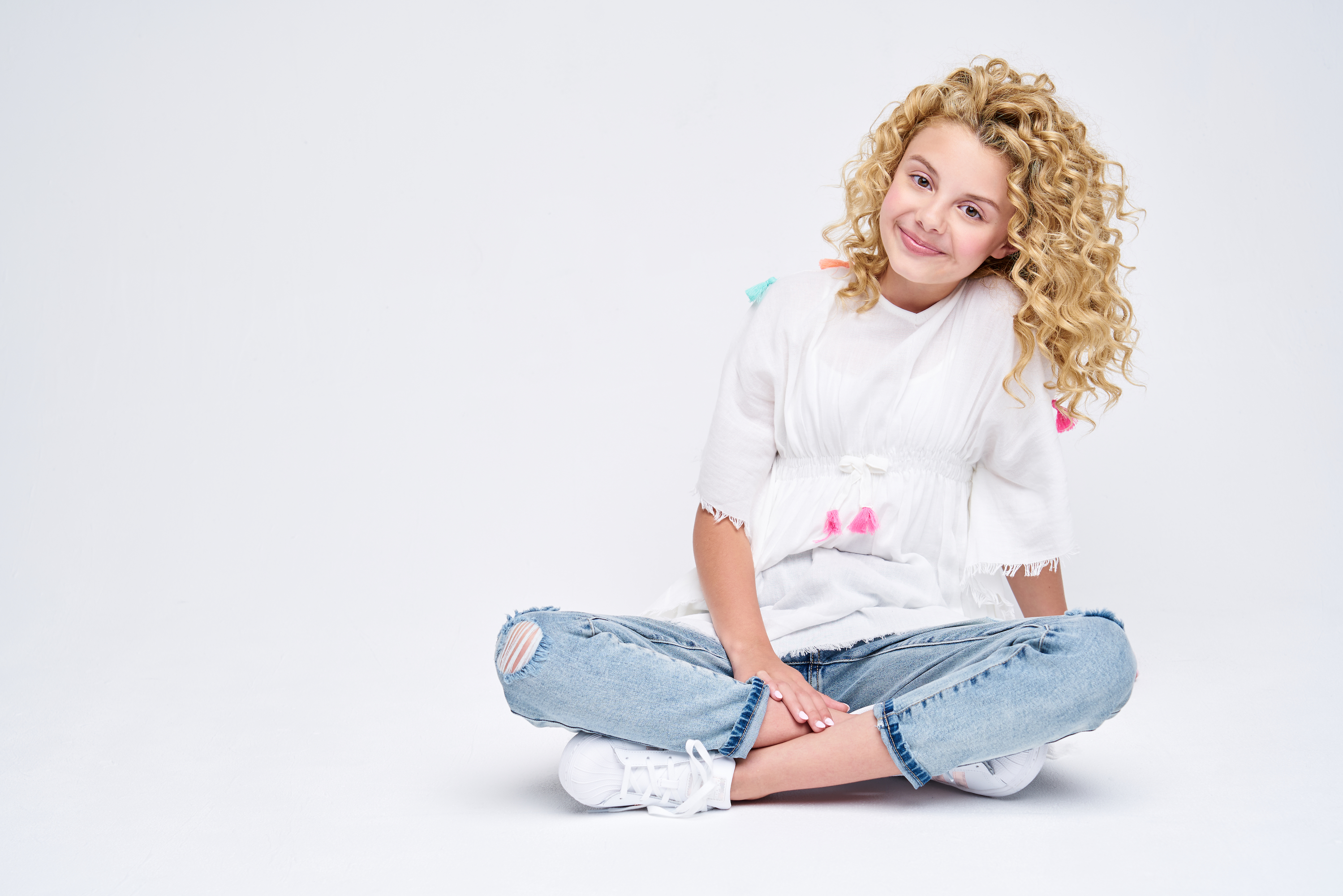 Young Entertainment Mag: How did you first get into acting?
Mallory James Mahoney: When I was around four years old I decided I wanted to be an actor. My grandfather, who I call Popeye, has always said that I remind him of Shirley Temple. At that time I had no idea who she was, so he bought me a box set full of her films. I was immediately interested because I saw that she and I actually really did look so much alike. Truly I had no idea if I was watching a video of someone else or myself. I loved watching those movies and I think that is really where I fist decided I want to be just like Shirley Temple.
YEM: You star on the Disney Channel show “Bunk’d.” Were you familiar with the show before you joined the cast?
Mallory: Absolutely I was, I have actually been watching since 2011 when Jessie came out. So I have been staying caught up through the years. I was so excited to even just audition for Bunk’d. It was especially crazy meeting all of the cast. When I did my screen test I did it with Miranda May and Skai Jackson so when I met Miranda and she didn’t have the country accent that Lou does I was pretty shocked.
YEM: Your character Destiny is a former pageant queen, but is now at Camp Kikiwaka. Would you prefer to be outdoors at a camp or on stage at a pageant?
Mallory: I do love glitz and glamor but I love swimming, making crafts, and just having fun with my friends more. I think that I would definitely have to go with outside at camp. I am obsessed with anything arts and crafts, and I love being in the water – in fact I might be part mermaid. Spending time at camp is by far the better option in my mind. YEM: What is the most fun about playing Destiny on the show?
Mallory: What can I say guys, Destiny Baker is a competitive and over the top beauty pageant queen.  She can be VERY intense at times and she even has bit of a dark side. That is one of my favorite parts of her. She just takes everything to the   extreme, which is really fun when you’re acting  .
YEM: What can fans expect from upcoming episodes of “Bunk’d”?
Mallory: Well, we have a few more episodes to air this summer. But, hopefully we can get back to work soon so we can start production on Season 5. Who knows what awesome things will happen for us at Camp Kikiwaka.
YEM: “Bunk’d” recently got picked up for a fifth season! What would you want to see Destiny go through in the upcoming season?
Mallory: All through the show we have seen Destiny grow as a person and become kinder to others and to our planet. I think that it would be cool if she was able to have a little more responsibility at Camp Kikiwaka. I feel like it would be tons of fun if she became a CIT or even just a CIT(IT) aka a counselor in training (in training  ). YEM: How do you juggle being a teenager and being a working actress at the same time?
Mallory: Honestly, my family and friends are great about keeping my work life and personal life separate. I think continuing to live in Texas when I’m not filming has been key to teenage life. And I have the same group of best friends, we have been friends forever.
I will say it’s definitely more challenging when it comes to the other typical teenage life events like, school dances, dating life, going to high school games etc.
YEM: Finally, our readers remember you from Adventures in Babysitting. Do you still have fond memories of making that movie?
Mallory: I had the absolute best time while filming Adventures in Babysitting! We had tons of silly inside jokes, loved to sing together, and whenever we weren’t filming we would all hang out together in one of our hotel rooms and stay up super late dancing and laughing, eating, and singing together. The entire cast was so close and in fact, we still are. Whenever we can, we try to hang out. It was so much fun and I am so grateful that I got to work with everyone in that film. The whole cast is so special to me.

Where Are They Now?- Avan Jogia