The week started off with bad news for streaming fans as Netflix has cancelled its comedy series No Good Nick. The series was cancelled after airing one season on Netflix and 20 episodes.

No Good Nick premiered on Netflix in April with the second half of the first season premiering in August. The half hour comedy series centered on 13-year-old con artist Nicole Franzelli, the title character “Nick.” Nick shows up at the Thompson family’s house and says she is an orphan named Nicole Patterson. She tells them they they are her closest living relatives and is welcomed into their home. As she gets to know the family, however, she finds compassion for them and will struggle with whether or not she can go through with her plan.

No Good Nick is a family show, that dealt with important topics such as imprisonment, homosexuality, and more. The news came this weekend as Netflix, the series’ stars and the series’ crew posted cancellation announcements to social media. Melissa Joan Hart posted a video on her social media saying that the cast was sad about the cancellation, but they are happy with the show that they made. She also said that she expects to work with the “very talented” cast again at some point.

If you’re going to miss No Good Nick as much as we are, check out our exclusive interviews with cast members Siena and Kalama. Check out Siena’s interview here and to see Kalama’s interview, click here. And for a throwback, check out our interview from 2017 Comic Con with Melissa Joan Hart here. 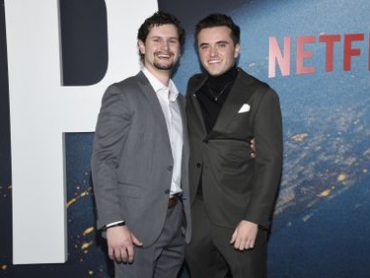