State of Grace, the comedy-drama series that began in 2001, celebrates its twentieth anniversary on June 25. Created by Brenda Lilly and Hollis Rich, the series follows Grace and Hannah, two friends of different faiths set in the 1960s. Here’s a look at the cast and what they are up to: Shawkat played 12-year-old Hannah Rayburn in State of Grace. She is a Jewish-American adolescent girl embarking on her endeavor: attending an all-girls Catholic school. She meets Emma “Grace” McKee, and they forge a friendship. Hannah’s father is a Holocaust survivor. The time period of the sixties had the family still reeling over the horrific event, as well as other historic moments such as The Civil Rights Movement and Vietnam.

Although best known for her role as Hannah Rayburn in State of Grace, Shawkat can also be found in the television sitcom Arrested Development as Maeby Fünke. She has also appeared in films such as The Final Girls, Animals, and Duck Butter. Shawkat also has a role in the Netflix hit series, Big Mouth, where she plays Roland, whom Nick has a brief romance with. 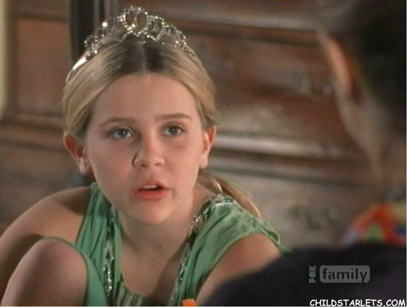 Whitman portrayed Emma “Grace” McKee in State of Grace. She is very free-spirited and has an extremely wealthy family. Grace’s father is deceased, and her mother is mostly absent. Her greatest relationship lies with Hannah, where they two connect over crushes, clothes, and family dynamics.

Whitman, like former cast member Alia Shawkat, appeared in Arrested Development. Whitman has also appeared in popular films Perks of Being a Wallflower and The Duff. She can also be found in the television series Parenthood. Manoff played Evelyn Rayburn, Hannah’s mother. Her husband survived The Holocaust, making her the Jewish matriarch of the family. The Rayburn’s have moved from Chicago to North Carolina, where they enroll their daughter in an all-girls Catholic school.

Manoff is an established actress, having been in hits such as Grease. She starred as Elaine Lefkowitz in SOAP, the satire sitcom on daytime soap operas. Manoff decided to retire from acting in 2009, where she enjoys time with her husband. Grant starred as Tattie McKee, Grace’s mother. She is a socialite; therefore, she has a wealthy lifestyle to provide for her daughter, Grace. Due to her lifestyle, she is very flamboyant.

She gained prominence in the eighties for her work in the science fiction series, V. She also made a few appearances on 7th Heaven. Grant has not had an acting role since Affairs of State in 2018. Mantell played David Rayburn, Hannah’s father. Mantell’s character is particularly important for television, as he is portraying a man who has survived a tragic time in our nation’s history: The Holocaust. He gives very memorable performances as the beloved patriarch.

He has appeared in films Secretary, A Mighty Wind, and Ides of March. His last acting roles had been in 2016 for the films Live by Night, BobbyAnna, and Get a Job. Blicker starred as Uncle Heschie, Hannah’s uncle. He is the younger brother of Evelyn. Heschie is also the doting uncle, who always made time to play with his niece, Hannah.

Blicker starred in Ally McBeal and Bark Ranger. He has had recuring roles in shows such as NYPD Blue and Boston Legal. More recently, he can be found in the series, The Murdoch Mysteries.

Yohn starred in an array of smaller screen roles such as Pee-wee’s Big Adventure. She also starred in television shows such as Rhoda, ER, Murphy Brown, Double Rush, and Picket Fences. The actress passed in 2019 at the age of 90. McDormand narrated the series as an older Hannah. She provides the voiceover narration in every episode, serving as the nostalgic narrator. As she portrays an older Hannah, she is able to recount her experiences as she grew up.

She has gone on to win four Academy Awards and two Golden Globes for her work in television. She most recently starred in Chloé Zhao’s award-winning film, Nomadland. McDormand picked up Best Actress in the film.