Today YEM has a special interview in store. Ander Puig from the hit Netflix original drama “Elite” is here to discuss about his groundbreaking character Nico, Elite and his career. If you’re as big of a fan of Elite as we are then read ahead for details about the interview. But first let’s discuss a bit about the show, Nico’s character and reveal more about Ander Puig. As always, a link to watch the video will be at the end of the article so be sure to watch. 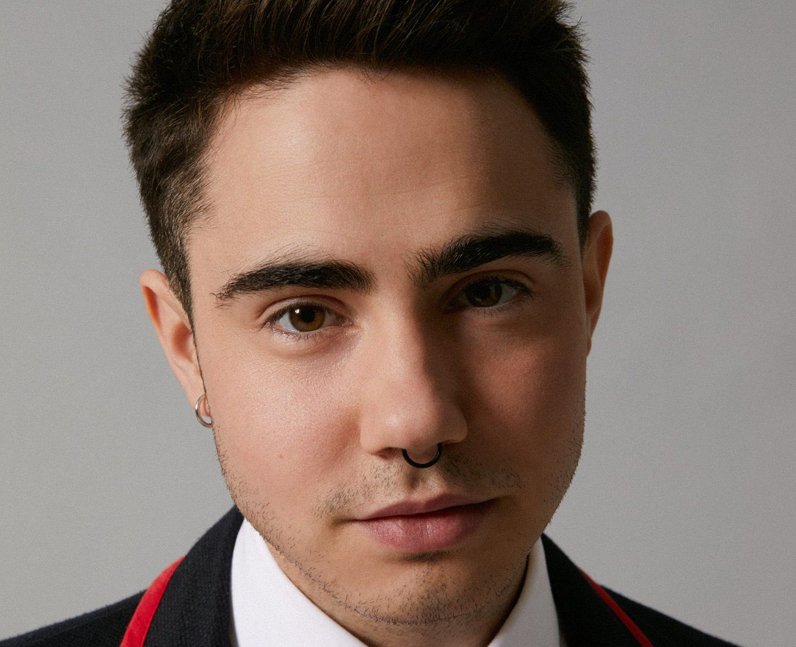 Elite is a coming-of-age drama that centers on a handful of students attending a private school in Spain. The teens lives, interactions, trials, and tribulations are deeply explored in this hit series.

In Elite, sensitive topics such as racial bias, classism, xenophobia, homophobia, trans phobia, toxic masculinity, and body shaming are depicted as having terrible effects on the teens Las Encinas.

While contending with virulently a conservative environment, several students struggle to fit in or find themselves which can result in potentially negative consequences.

Some of the characters even commit murder while other characters’ lives are so disastrous that it becomes increasingly difficult to manage.

Nico’s (played by Ander Puig) and Ari’s (played by Carla Díaz) romance is amongst the most intriguing love stories in the series. Both Ari and Nico have wildly different and interesting back stories.

We are first introduced to Ari in season 4 of “Elite”.

Adriana (Ari) Blanco Commerford is an ex-pat from London who moved back to Madrid with her family when her father was made the principal of Las Encinas.

Ari is from a privileged background as her father was once a CEO of a conglomerate firm. Ari is the apple of her father’s eye which often brings tension between she and her sister Mencia. Meanwhile, Ari shares a close bond with her twin brother Patrick whom she often confides in.

Ari has several pivotal storylines in the show, which all collide when she meets Nico for the first time in Season 6 of the series.

Nicolás (Nico) Alfonso Fernández de Velasco Viveros is a newly enrolled student at Las Encinas, one in which Ari notices right away. Ari obviously likes Nico, but she constantly criticizes him for being transgender and often treats him like a school project that she can study. The two characters still date each other despite this.

The cast is arguably the most significant aspect of any program. And many excellent young performers are featured in “Elite,” and they entice viewers to watch more.

One of those amazing actors in “Elite” is of course Ander Puig aka Nico. In real life, Ander Puig is trans and proudly proclaims it having first come out at age 17. He is now 21 years old and was born and raised in Barcelona, Spain. Ander has an impressive acting career having starred in another popular Spanish series titled “To Be or Not to Be” about a trans person who struggles to hide their identity at school. As mentioned before, Ander Puig was kind enough to discuss his role in season 6 of Elite exclusively with YEM. So, check out a quick interview synopsis below, and then stay tuned for a link to watch the entire video exclusively on YEM’s YouTube channel.

We started by asking how Ander first found out he was cast to play Nico in Elite. Nico answered that he was at his grandparents’ house in Barcelona when he received a call from his agent telling him that he got the part. Watch the video to find out what his response to that call was. YEM also asked Ander what it was like coming to the show already on its sixth season and introduce a new character. Ander said that it was a very exciting experience to be on such a popular and established series. He also explained that his role as Nico is very cool and that he feels audiences will appreciate the originality of the character. He said much more that you will only know if you watch the interview. We also asked Ander his opinion on why, with all the drama and series of unfortunate events at the school, why the characters in the drama keep returning to the school. This question made Ander laugh before he jokingly responded that he has no clue why they return such a negative environment. YEM isn’t sure either, but we certainly are glad they do as it makes for great television!

YEM enjoyed our interview with Ander. You can follow him on Instagram at @anderpuig. YEM readers, don’t forget to watch Elite exclusively airing on Netflix. Please watch our interview at the link below where we ask Ander many more questions. While you’re there, like, comment and subscribe to our channel for the latest in young entertainment updates. And if you still can’t get enough Elite content, be sure to read and watch out for our other articles all about this great show on our website.