Singer Jacqui Verellen is a country singer/songwriter originally from Ontario, Canada who has always had a passion for music.  Young Entertainment Mag reached out and chatted to Verellen about her success and experience as an artist.

YEM:   Who or what was the inspiration for your first song? And why?

JC:       To be honest, I don’t know what inspired me to write my first song, which tells me it was innate and something I was born to do. I remember when I was a kid, I just simply enjoyed sitting down and coming up with a melody or poem. All my experiences would usually spark the start of my writing. I remember adding sheet after sheet to a bin that’s still at my parents’ house in Chatham. I just truly enjoyed writing and performing wasn’t a question about that😊

YEM:   Did anything change in the way you live after becoming part of the music industry?

JC:       Yes, for sure. I’ve learned so much this year alone and I know I’m continuing to learn. My eyes have really been opened to what the music industry is like, and there are some wonderful discoveries I’ve made about being yourself and about how to get your music out there! There are also some discoveries I’ve made that have reminded me the industry is not all sunshine and rainbows, and that it takes years and years of dedication to get to where you want to be. This, however, has helped me have patience with myself, and has been a reminder to reward myself for each baby step because each baby step as a musician is very hard work! 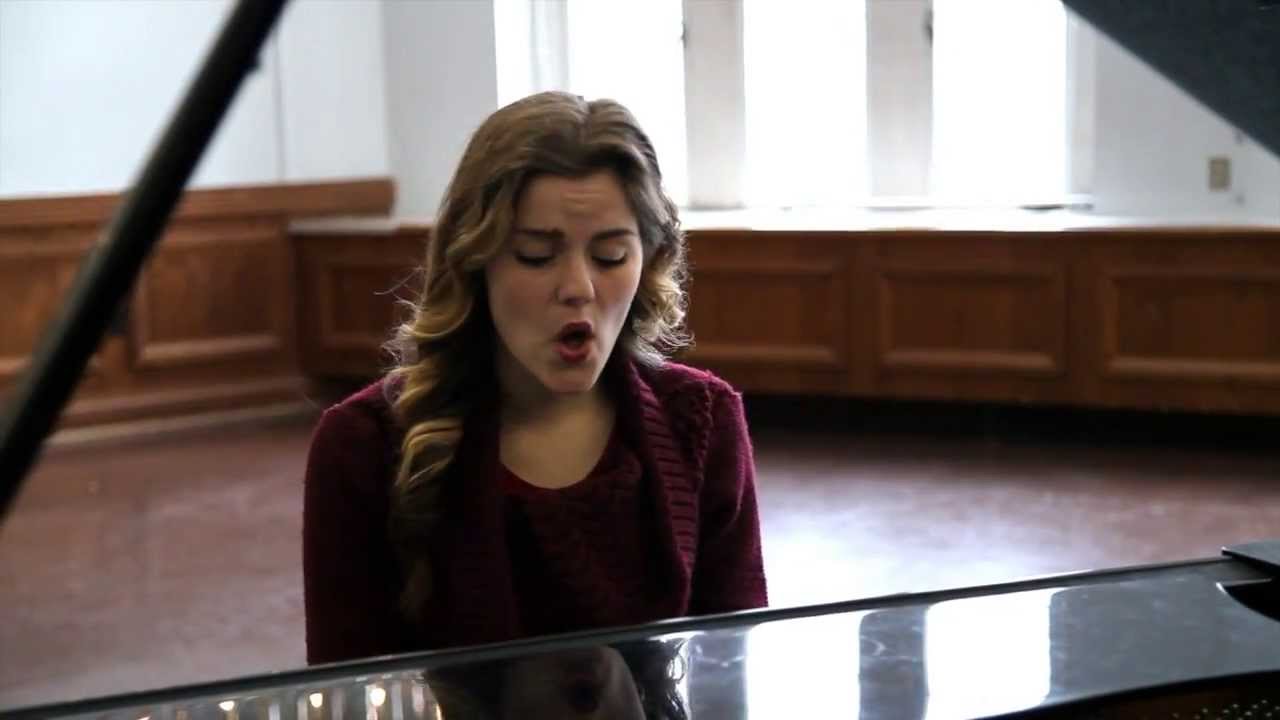 YEM:   Who was the first person to become your biggest supporter? And how has that relationship changed?

YEM:   Explain the thoughts running through your mind during your first live performance. What’s it like before? During? And right After?

JC:       I did my first live performance at 4 years old and I’ve watched a tape of it since then. By the look on my face, I was horrified! I still remember that I forgot some of words to “Mother Duck” and had to make them up; however, at the end, I was smiling so very big and so very proud.  I did hundreds of shows and competitions since then, so that tells me a lot about how much I loved it. Even to this day when I perform I get a little anxious before, but as I lose myself in the emotion of the song, I have a blast. It’s hard to explain, but it’s just pure bliss being able to express myself that way, and to be able to forget you’re in a room of people, because you’re having so much fun. It honestly is one of the best feelings I experience in life, and I feel so lucky to have music in me. 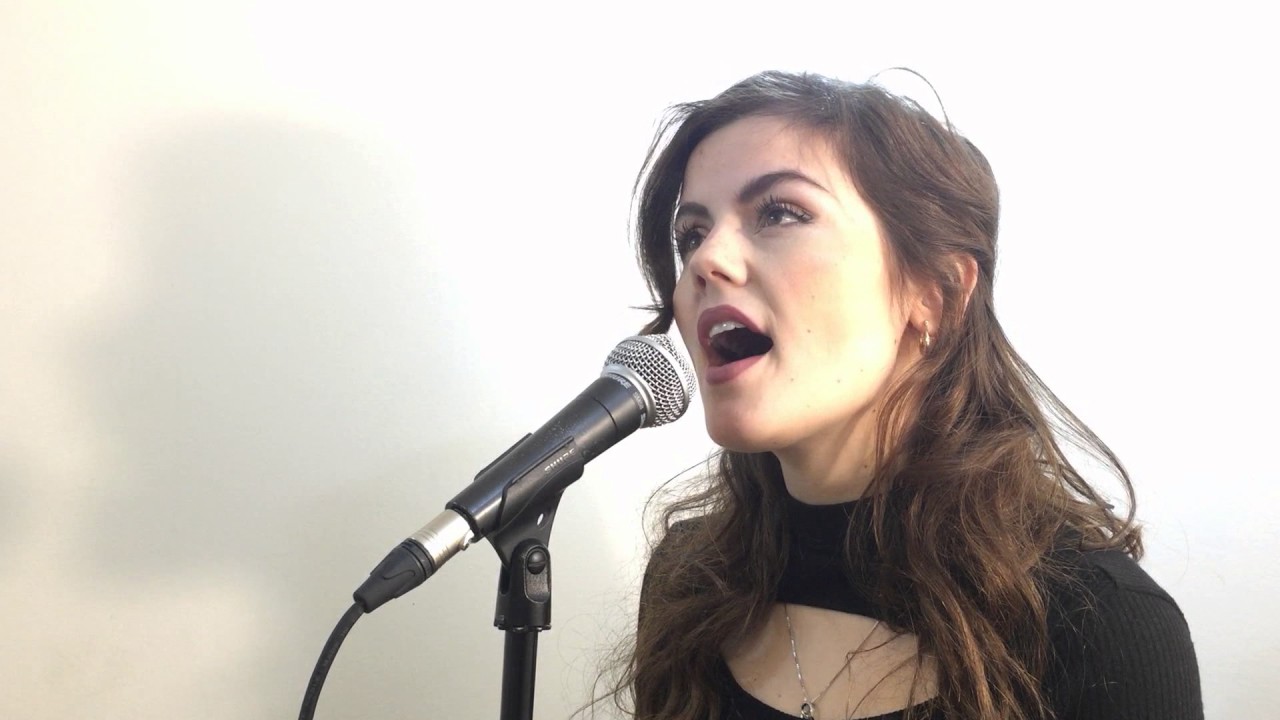 YEM:   How old were you when you first decided you wanted to become a music artist? What was the thought process?

JC:       I didn’t have a pivotal moment. I never had to think about it. I think at a few years old, my mind decided it was 100% realistic to be a rock-star! I always pretended to be singing on stage, I learned 4 instruments at home, and I always wanted to make art. It’s difficult for me to remember why, and that tells me it was meant for me. However, I think I made a pivotal decision around age 10. This was when I started to realize, (and to be told) that the odds were much slimmer than I had thought. At that time, many people that sang with me, went other paths that suited them and I felt in my own heart, without question, that I was in no way going to give up just because it was “unrealistic”.  That kind of determination is why I’m still doing what I love at 23, even when it’s hard. It’s about enjoying yourself is what people forget, and as long as I’m enjoying myself, I’m going to make some music! I know that I have SUCH a long way to go, but I’m SO much closer than I ever would’ve been.  If at 16, 20 or whatever age, I would’ve said “Nope, impossible,” my life would’ve been quite different. I’ve had a lot of teachers as well encourage me when I was alone and remind me that it would be a waste of my abilities to pursue anything else and I’m so grateful for the angels I’ve had watch over me (so to speak!)  I’m really proud of myself for going strong even when it gets rough!

YEM:   What was the first album that you bought? Who were some of your biggest influencers?

JC:       I can’t remember the very first, but I do know that I had Shania Twain, ABBA, Taylor Swift, Pat Benatar and Def Leppard among them (an odd combination!) I listened to a lot of what my parents would play, which was country, rock, and some indie! My biggest influences were likely Shania, Tim McGraw, Taylor Swift, Pat Benatar, and a slew of other artists that were played in the house.

YEM:   What’s a challenge you were able to overcome and how did you overcome it?

JC:       Finding myself musically. I have had some small success in every genre of music and so I had a horrible time trying to decide where I fit in and where I belong. I think that also came from wanting to please too many people, rather than asking myself “What do YOU like?” I think I’ve finally realized that some of that indecisiveness can also come from insecurity in my abilities, that I have to decide to be confident in what makes me happy and just go for it, because people will always suggest different things to me, but what matters is what makes my heart sing! I love country and I know that in my heart!

YEM:   What has been your favorite part so far and what are most looking forward too?

JC:       My favourite part was radio play! That was so exciting to me, and it felt like a bucket list accomplishment for sure! I’m beyond excited for my music video coming up, and to make my next song. I’m excited for the future as well because now that I’ve created “Home is Home” and know the process, I know my music will grow and mature and that I’m really going to enjoy releasing more originals these next few years!

Jacqui Verellen’s cheerful and positive attitude definitely sets her apart from a multitude of other artists.  Check out her single, “Home is Home” if you’re interested in getting a closer look on her style and who she really is!