Eleven years after airing on Disney, Good Luck Charlie (2010-2014) still holds a place in the hearts of Disney fans. With an honest and relatable narrative that appeals to not only adolescents but can reach everyone in families of all kinds, the show is relatable to viewers of all ages with storylines addressing teen life and the struggles of family dynamics.

The Duncans are an average family living in Denver, CO. Parents Amy (Leigh-Allyn Baker) and Bob (Eric Allen Kramer) have given birth to the 4th addition to their family – baby girl Charlotte “Charlie” Duncan. Charlie is the youngest of the Duncan children, including brothers PJ (Jason Dolley) and Gabe (Bradley Steven Perry) and sister Teddy (Bridgit Mendler). The show revolves around Teddy creating video diaries giving honest and heartfelt advice to little sister Charlie. And how the family is adapting to this new baby while simultaneously handling professional and teen life. Every episode ends with its signature sign off from Teddy or other characters to the new baby girl; “Good luck Charlie.”

Which Good Luck Charlie Character Are You?

The 3 oldest children have optimistic futures as the series ended in 2014. Teddy is headed off to Yale. Wayward PJ proves his father wrong regarding his culinary ambitions. He owns a successful peanut butter and jelly food truck with his father’s financial investment. And Gabe settling down with girlfriend Lauren. The matriarch of the show finally receives an opportunity she’s always dreamed of to be an on-air anchor. There’s a cliff-hanger to a possible romantic relationship between Teddy and high school friend Spencer. It leaves viewers wondering after the rarely seen Disney show kiss at Teddy’s college send-off celebration. After the whole family ends the series with the iconic “Good luck Charlie” quote, the future only seems bright for the Duncan family.

Where Are They Now?

It’s been more than a decade since the season premiere. And the Disney hit still has fans who want to know where the actors are now. Let’s check up on our favorite actors from this charming show. As the main character in Good Luck Charlie, Bridgit Mendler portrayed smart and witty Teddy Duncan yet remained relatable and fun. Mendler has done lots of voicework for animated movies and television. And has appeared on popular television shows such as Nashville in 2017 and Merry Happy Whatever in 2019. Bridgit is known for her winning smile and great comedic timing. This young starlet is sure to have a great future in the industry. Leigh-Allyn Baker was the perfect fit for the role of the mother on Good Luck Charlie. She’s no stranger to youthful television programs and movies. Baker continues to work in the same general genre with voice over roles in Star vs. The Forces of Evil (2017-2019) and family-friendly movies such as Family Camp set to be released later this year. Tough looking Kramer plays an intimidating yet lovable patriarch for the Duncan family. It takes a talented actor to perfectly fit into both the Disney family with appearances on Wizards of Waverly Place (2008) and the NCIS franchise in 2011 – 2014. Returning to family-friendly shows with his appearance on Fuller House in 2020, this versatile actor proves he can play both an intimidating criminal and a loving, albeit somewhat intimidating, father and husband. 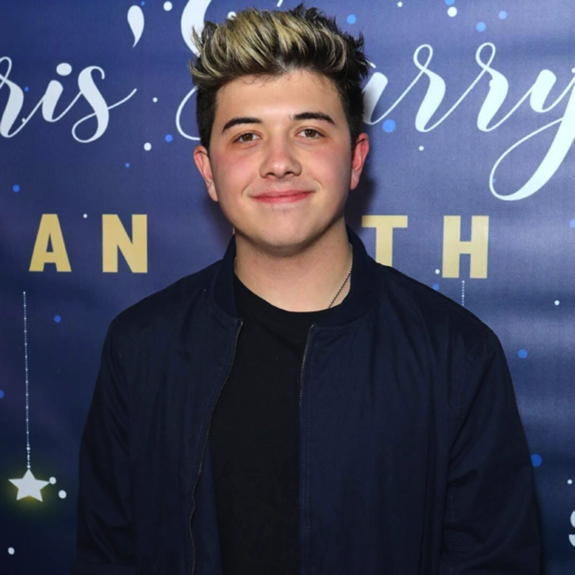 Also staying in the Disney family for several other projects after Good Luck Charlie ended, Perry has since ventured outside of his comfort zone. Appearing in a dramatic role on the crime series S.W.A.T in 2020, it will be interesting to see where this former Disney icon will take his career. With a clear talent for comedy, Dolley has maintained his acting career through family movies and comedic sitcoms. After reoccurring on the popular comedic sitcom American Housewife between 2018 and 2019, we are looking forward to his appearance in the comedic drama short Waltz of the Angels and full-length film Secret Agent Dingledorf and His Trusty Dog Splat coming later this year. This young actor is one to watch for and shows no signs of slowing down. Talerico is the adorable Charlie Duncan who holds the entire family together through trials and tribulations without even knowing she’s doing it. She has now grown into a beautiful young lady who has returned to family-friendly television – most recently Mani (2018-2020). While her beauty and poise makes her unrecognizable from the infant Teddy Duncan held in Season 1 of Good Luck Charlie, Talerico has won America’s hearts once and can do it again with her future endeavors.

Who is your favorite character from Good Luck Charlie?

Big Shot is coming to Disney+