Pen15 is a new Hulu series that is taking the comedy world by storm. In fact, the show was just renewed for a second season! The show tells the story of middle school as seen through the eyes of two seventh grade girls dealing with the awkwardness of being a tween girl in the early 2000s. Sami Rappoport plays Becca, the mean girl who uses humor to fit in with the popular kids. Incredibly, Pen15 was Sami’s first-ever professional audition, and she booked the role in only two days! We spoke with Sami about playing the mean girl and how she is nothing like her character.

Sami Rappoport: Ever since I was little I have always loved performing. But it wasn’t until fifth grade when I got the part of Donkey in Shrek the musical. That’s when I truly felt that acting was my passion. I felt at home immediately and couldn’t think of anything else I wanted to do for the rest of my life.

Sami: Since it was my first professional audition ever, I had no idea what to expect! I received the script the night before with only a few hours to memorize 8 pages . All I knew about “Becca” was that she was a mean popular girl whose goal it was to climb the popularity ladder.  I had to rely on past experiences that I have had with bullies to help make Becca who you see on the show! A few days after the audition, I had found out I had gotten the part. I was in so much shock that started bawling. I will never forget that day and I am so blessed to have even gotten an opportunity like this in the first place!

YEM: Did you do research on the culture?

Sami: Since I was born in the early 2000s, I didn’t experience the same things Maya and Anna did because I was much younger than them at the time.  But, I totally connected with a lot of the props on set that immediately took me back to those years when I was 4 and 5!!! (the sylvanians were definitely something I played with back then along with some of the wardrobe choices). I learned a lot more about the era when I was on set. Especially the hair choices and dialogue back then! 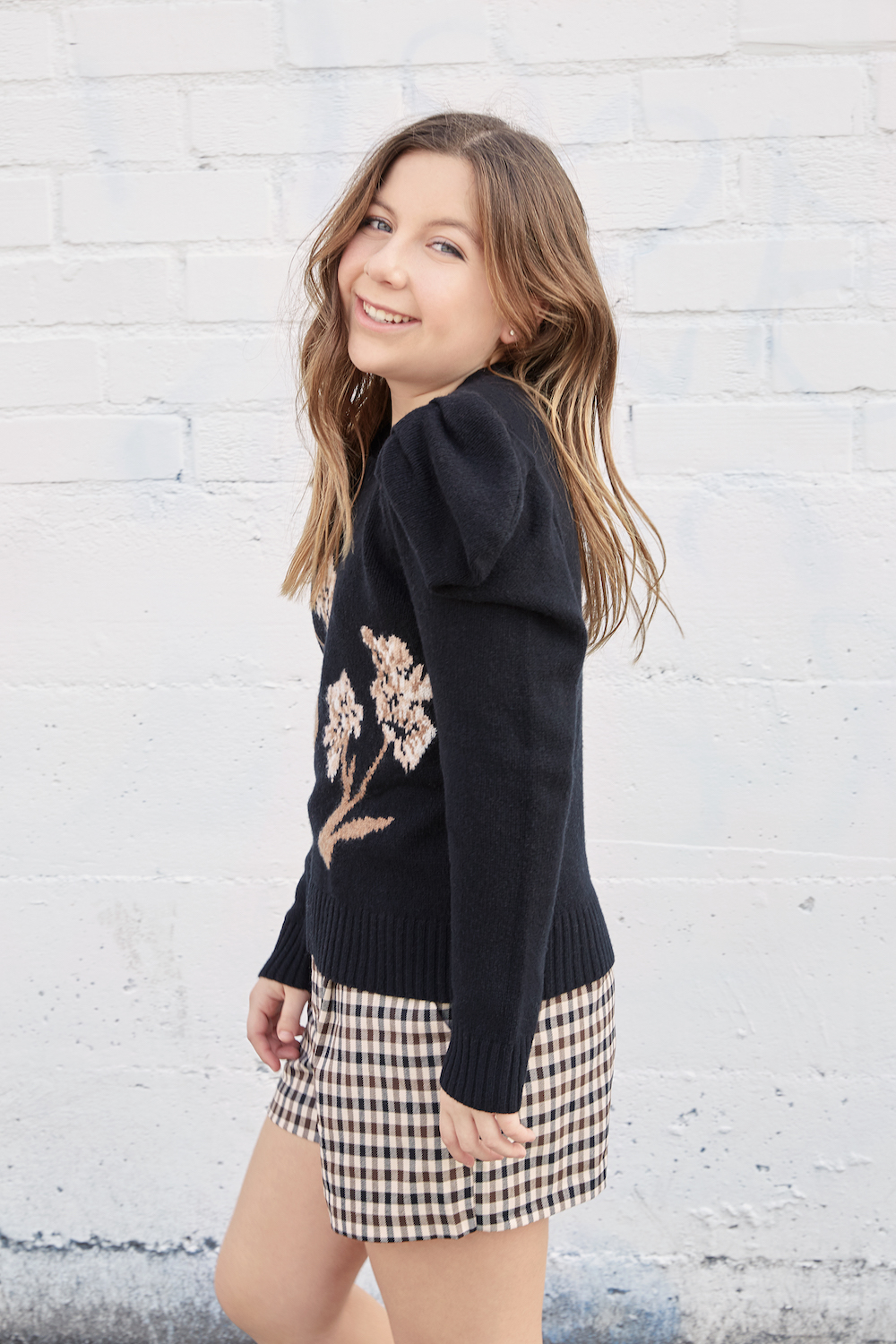 YEM: What is it like to play a mean girl on Pen15?

Sami: Becca Roth is the complete opposite of who I am in real life! It was especially difficult for me so say very hurtful things to the actresses that I looked up to. But it was also really important to me to play this character to show people the true effects bullying can have on those who are the victims. Bullying is something I have witnessed so many times growing up!!! It was always brushed under the rug at school. And treated like a “normal thing” that can’t really be fixed, but just ignored.  Ever since I was little I have always spoken up about things I believe in, kindness being one of them!!! I really loved playing this character because Becca is a way to finally show the world that its a serious matter that needs to be fixed and cannot be ignored any longer!

Sami: Middle school, especially seventh grade was the worst year of my life. And I’m pretty sure almost anyone can agree! Though I hated middle school, I did love revisiting it because it was like a “second chance” to relive those years. But through the eyes of a fictional character instead of my own.

YEM: How do you get into character?

Sami: I’m nothing like Becca. So I had to rely on my past experiences to make Becca who she is today! Becca is pretty much a combination of Anna, Maya’s and my own experiences with bullies all wrapped into one seventh grade monster! YEM: Do you have any advice to those dealing with bullies?

Sami: There are always going to be bullies and haters in the world. But try to focus your energy on your friends and your support team. And know they will always have your back.