High School Musical: The Musical: The Series is currently in its second season giving all of us the feels. The series has the singing and dancing, but it also has the struggle to love one another unconditionally. Viewers of the series can find this idea especially true when watching Ricky (Joshua Bassett) in his relationships with his on-and-off girlfriend, Nina (Olivia Rodrigo), and his mother, Lynne (Beth Lacke).

A parent’s job is to love their child unconditionally. High School Musical: The Musical: The Series features Lynne and Ricky struggling to have a healthy mother-son relationship, proving to be devastating for Ricky. 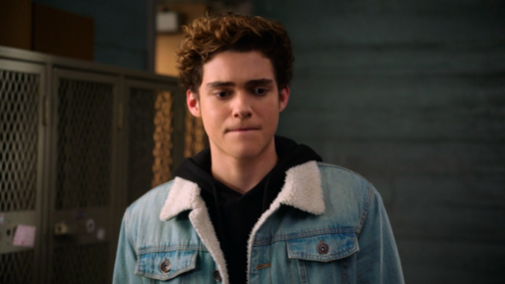 Ricky and his mother have a lack of communication, much more on his mother’s end. In the last season, his mother had often been on “business,” which had been code for his parents’ separation. This would affect any child, and his mother chose to leave, barely seeing her son. His mother’s departure takes a toll on Ricky, and it continues to affect his relationship with Nini. Nini and Ricky have had a difficult relationship. The two have often exchanged digs at each other when writing songs, always bringing the emotions. Ricky recently shared “Let You Go,” his sad song that he calls his mother in to listen to. This is a big step for Ricky, who has often been closed off when it comes to sharing his thoughts and feelings with his mother. Apart from the chorus, Ricky also sprinkles in more heartbreaking lyrics detailing his relationship with Nini. He sings, “It couldn’t last forever, and I hope you find better.” He adds, “Can’t pretend we ain’t broken… I’m picking up the pieces left and right / Now that our hearts are both untied, it’ll take time.” This layering continues to show Ricky making peace with what was and what will be.

All couples hope that their relationship will stand the test of time and prevail over the good and bad, but Ricky knows that is not possible with Nini. It is a harsh reality for Ricky, being a high school junior. Instead of being bitter, he acknowledges that the two of them have to pick up the pieces to put themselves back together to repair the damage. Nini and Ricky both hurt each other; they need to take the time to be alone and discover who they are. Once Nini and Ricky take the time to heal, things will get better.

After such tumultuous relationships, Ricky needs healing, and his songwriting is the best way for him to channel his thoughts. Ricky has been trying to accept his current standing relationship with Nini and his difficult relationship with his often-absent mother.

Get Ready To Travel Through Time And Space In Marvel’s “What If…?”

Violet McGraw shares what she learned while working along side co-star, Scarlet Johansson in Black Widow