Stony Blyden is an actor. He is in the new series titled How I Met Your Father. How I Met Your Father follows Sophie who is telling her son the story of how she met his father. It is a standalone sequel to How I Met Your Mother. Stony portrays the character of Jasper. The show premieres on Hulu weekly. YEM was able to speak with Stony about his audition process, his favorite Jasper line so far, and how he memorized his lines.

Young Entertainment Mag: What was the audition process like and how long was it from when you auditioned to when you got the role and what was your reaction to getting the role?

Stony Blyden: Like with most projects during the pandemic, this one was done via self tape. I sent my tape to Emily, Seth and Ben in casting and I think we had a deal set a day or two later. A week from that I was on set. FAST! But I was super hyped. Just being a part of the How I Met Your mother/father universe is very exciting. And like with most bookings I called my mom.

YEM: How many episodes are you in? Even with the amount of dialogue you get, every time we’re in the bar scene your presence is fully there. I know for myself I’m waiting for that Jasper line to come in.

Stony: That’s so kind, thank you! I’m in 8 out of 10 episodes. In scenes where Jasper is just appearing behind the bar I try to make sure he’s doing some Jasper-y things like smelling wine corks and searching for an outlet to charge his phone. Priorities. YEM: Your character, Jasper plays the part where he’s constantly asking for time off or just leaving work. What are your thoughts on Jasper and his work ethic? Where do you get inspiration for this character?

Stony: I worked at a grocery store when I was 14. For a week. That’s my inspiration.

I always loved the fact that he’s sort of just…there. We get a brief explanation from Sid about how Jasper is an NYU student but that’s pretty much it. I like to think he has to remind himself at least three times a week that he even has a job to go to. YEM: I know you can’t tell the audience who it is but do you know who the Father is?

YEM: What has been your favorite Jasper line so far?

Stony: I forget exactly how the line is phrased but asking to leave your job for the day to go record a podcast is always hilarious to me. Like stating, not even asking. Makes it even more ridiculous. How does he still have a job?

YEM: What was one of the most challenging things for you on HIMYF and how did you overcome it?

Stony: Trying to figure out how insane I can make my lunch order. YEM: What’s one thing you do to help memorize your lines?

Stony: This is maybe super obvious but just saying the lines out loud and acting them out is literally the only thing that works for me. It all comes with movement.

Stony: Jasper has my favorite wardrobe out of possibly any character I’ve ever played. The oversized grandma sweaters and frantically disorienting tracksuits really helped convey how eccentric he is.

YEM: YEM likes to talk about Hilary Duff’s career, we even did an interview with Whitt Laxson who created the Podcast Duff Enough where he talks about everything Hilary. Were you a Hilary Duff fan growing up? – she had such an influence on pop culture from Lizzie McGuire, to her films to her music career – she had such an impact on so many young adults (me included).

Stony: We didn’t have a lot of American TV shows where I grew up in Iceland, but whenever my sisters and I visited our mom in Orlando the only thing we watched was Lizzy and Even Stevens. I think I pretended Lizzy McGuire wasn’t for me while my sisters watched it but I was obsessed with both shows. 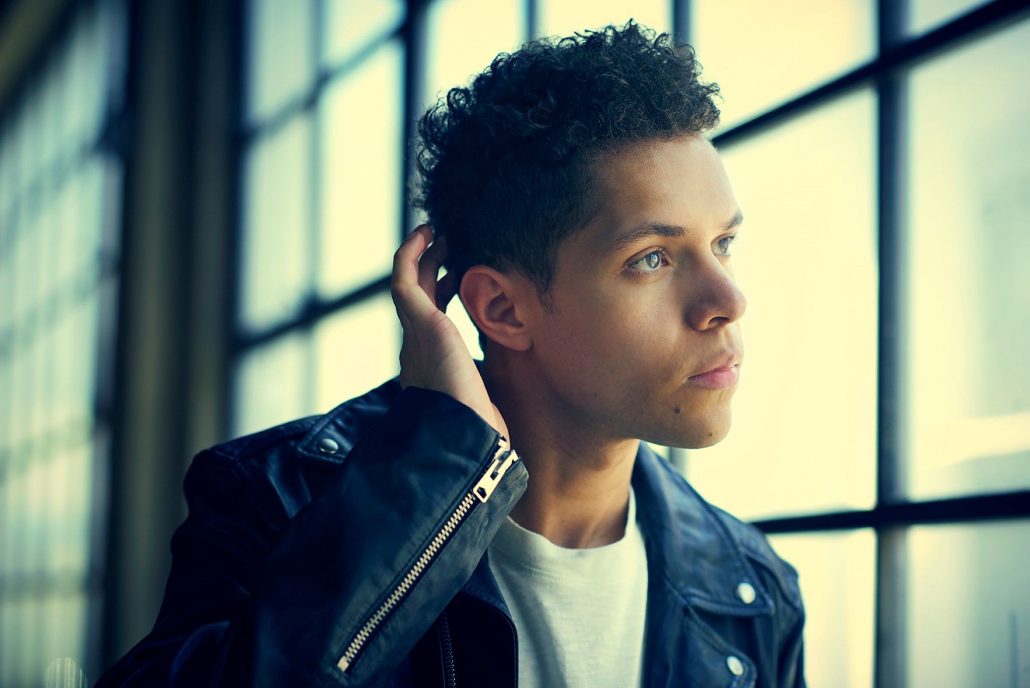 YEM: Besides for How I Met Your Father what has been your favorite part of Hilary’s career?

YEM: I see you went to school for drumming – what was that like? Do you feel you learned more in school or on the job? What do you plan to do with it moving forward?

Stony: I spent most of my formative years experimenting on my own and in bands outside of school. Punk, Rock, Pop, Jazz, Reggae. Not to discredit music school in any way, it really helped me grasp the basics of rhythm and music theory, but I always felt like I grew the most when I just did my own thing.

YEM: And you have such a massive following on Social Media, what is the thing that people best know you for? And if someone wants to reach that amount of followers, what’s one thing that people should know that helped get you there?

Stony: I’m extremely grateful to have gotten the chance to portray various different characters in extremely different surroundings. From law shows to kids shows. I’m lucky to have accumulated a following of people who enjoy what I do. It really surprises me everyday that people care. It’s not lost on me how fortunate that is.

Check out Stony Blyden in How I Met Your Father!

Level Up Event Guest Entertainment With These Quirky Ideas