Have you had a chance to snag your copy of Legacy of Kings yet? Out in bookstores August 18th, Legacy is the first book in the Blood of Gods and Royals series from new YA author Eleanor Herman, formerly a noted historical non-fiction writer before foraying into YA fiction. The series follows the trials and travails of a 16 year old Alexander the Great (Alex) and his group of magical friends as they navigate the perils and politics of courtly life in ancient Greece. YE got a chance to chat with Ms. Herman about Legacy of Kings, her past as a historical writer, and the future of the series as well as the future of her own writing (Hint: Don’t be surprised if Ms. Herman takes us into the lives of other historical figures at 16!!!). We discovered what makes Alex tick, and we also got into the author’s head a bit to find out what’s on her “Must List”!!! (Another Hint: She likes Divergent, just like the rest of us!) 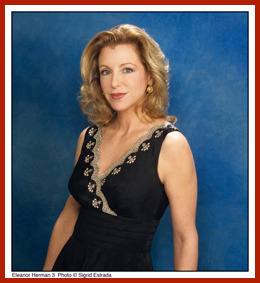 On making the jump from historical non-fiction to historical YA fiction:

“Since I was five, I wanted to write historical fiction. But I heard it was much easier to break into non-fiction so that’s what I did. But the time came when I needed to try my hand at living my dream! In making such a huge leap, it also made sense to jump into the hottest genre in publishing! YA is so popular, so much fun, and so exciting. I have never before had such support in terms of editorial, social media, and marketing. Nor have I ever had such a fabulous connection with readers and fans who Face/Tweet-o-gram their excitement all day long! Writing Legacy of Kings has been the most enjoyable professional experience of my life.”

On the real life “legacy” of Alexander the Great:

“Alex, as I like to call him, changed the world and it has never been the same since. He united east and west, spreading new ideas, foods, and goods across millions of square miles of territory he conquered. He had vision, audacity, unflinching courage, resourcefulness, and respect for different cultures. As one of the three pivotal characters of the ancient world—the other two being Jesus and Julius Caesar—I asked myself what Alex would have been like at sixteen. What about his relationships with family? Friends? Girls? His eagerness to lead an army into battle? To rule? Throw in some magic, dark secrets, and devious plots, and you have Legacy of Kings!”

On historical Alex vs. the Alex of Legacy:

“Nothing is known about Alex at sixteen…Until he became king at twenty, and everyone started paying attention to him. So to write Legacy, I looked at who he became in his twenties and early thirties and wound it back to where I think he would have been at sixteen. Incredibly bright, brave, and just, but also itching to take his place in the world, to be respected, to lead. He must have been quite frustrated because at 16, even if you are the prince, 40 and 50 year-olds aren’t going to pay much attention to what you say.”

“As a teen, I reread The Lord of the Rings over and over. I’m crazy for Harry Potter. I got completely caught up in the cruel alternate worlds of The Hunger Games and Divergent. More recently, I’ve enjoyed Sabaa Tahir’s An Ember in the Ashes, Victoria Aveyard’s Red Queen, Morgan Rhodes’s Falling Kingdoms, and Sarah J, Maas’s Throne of Glass. Fantasy stories get at the root of real human truths—courage, sacrifice, selfishness, ambition, revenge, love. They’re the Biblical parables of the twenty-first century, and all of us—teens and adults alike—can find not just escape, but also wisdom in them.”

Teasing the future of The Blood of Gods and Royals series:

“There’s more magic to come! I like weaving the fantasy aspects slowly into the ancient Greek world to make it believable. Book 2 gets into the origins of Blood Magic and why the gods have disappeared. Relationship-wise, Alexander is smitten with a mysterious, dark Egyptian beauty. And Kat and Heph grow closer on a perilous journey to Egypt to bring back military assistance to Alex. On her journey to find the Spirit Eaters and change her fate, the beleaguered Princess Zofia finds a new love who has a shocking secret.”

On her own future as an author:

“I’d like to do more in the ancient world. There are so many wonderful characters—both historical and mythological—that I can picture at sixteen. Plus, writing ancient Greco-Roman historical fantasy is just so much fun. I could keep doing this the rest of my life!”

YE truly hopes you do, Ms. Herman!!! And we can’t wait to see where Legacy of Kings and The Blood of Gods and Royals series takes us!