Verlin Darrow is the author of Prodigy Quest. His book is about a child-prodigy, Tris Healy, that one day begins to see flashes of his past life, but then realizes it’s actually a continuation of lives he’s had and they are all a part of a lineage leading the now present Tris on an epic quest. Darrow is also a psychotherapist, and finds ways to implement psychotherapy methods into his stories. YEM was able to speak with Darrow about his book Prodigy Quest, his writing process, and how he became a psychotherapist.

Young Entertainment Mag: When did you first know you wanted to be a writer?

Verlin Darrow: I began writing books in a campground outside Naples, Italy when I was nineteen. My waiting-for-my-potential-to-manifest girlfriend and I were trapped by a solid week of rain in an awful campground just outside the city limits. Sex workers burned tires on the contiguous sidewalk to attract customers. I was cranky, bored out of my mind, and quite depressed. The first novel that emerged from that twenty dollar tent was hideously amateurish. The quality of my writing progressed all the way up to just plain bad by the time I’d written a few more. That era of my life was characterized by an inability to learn much, since that would’ve entailed acknowledging that I didn’t already know everything.  But from that point forward, I was hooked.

YEM: Can you tell us about your book Prodigy Quest?

Verlin: A flood of two-hundred-year-old memories from a past life knocks boy-genius Tris right off his stool at the quiz show he was winning.

Then a letter arrives from a fifty-year-old time capsule that sends him on a quest to find a book of wisdom his karmic ancestors have been compiling for centuries. Really? Sure, he’s smarter than all the adults around him, but how’s he supposed to navigate an interstate scavenger hunt and elude a group of fanatic lowlifes?

Tris has to grow into someone beyond his years to get the job done. He learns the hard way that the smartest boy in the world…isn’t.

YEM:. Prodigy Quest has a child-prodigy, what inspired you to write about one?

Verlin: In a word, me. I had a lot in common with Tris. At his age, I memorized the Guinness book of world records, most of the World Almanac, and all the Sears catalogue prices. I missed no opportunity to show off what I knew, andI felt superior to pretty much everyone. Unlike my protagonist, I didn’t have the opportunity/crisis to transform into someone you’d want to have over for dinner until much later in my life. Also, it’s been downhill ever since my peak at ten. At any rate, I find I can channel that kid and know how what he’d say and how he’d respond to all the wild stuff that happens to him on his quest.

YEM: How has your work as a psychotherapist influenced your writing and the books that you write?

Verlin: In therapy, clients work toward change and I do my best to facilitate this process. I offer wisdom, practical suggestions, compassion, and humor. Some people need psychic glue to keep from falling apart. Some need solvent to loosen up concretized points of view. Others need to reframe the stories they’ve created about what’s happened to them. Some need to release their feelings. It’s the same with characters in a book. If they don’t go through changes, I’m not engaged as a reader for long. I know how and why people change, and my work is infused with realistic portrayals of these, even as fantastic things happen to my characters.

Verlin: I’m a high flyer—probably as seat of the pants as possible. After the initial concept, a book falls out of me, guided by more than my conscious mind. Once I thought I picked the color of a car at random, only to discover that was a key plot point seventy pages later. Of course, then I have to go back and create continuity, usually throwing away the first chapter. In Prodigy Quest, I started with the idea: what if someone is contacted by their past lives, who have been assembling a book of wisdom for centuries? And what if it were the protagonist’s job to find where the book is hidden and get it published? (Let’s face it. These days, the latter might be the harder task). After that, I settled on Tris as the narrator.

YEM: What is something you hope that all of your readers take away from reading your books?

Verlin: I hope what passes for wisdom in my internal universe seeps into readers’ minds. Utilizing the therapist character, a shaman, and various others whom Tris encounters, I offer advice, suggestions, and new life paradigms. He has to find a way to expand in order to hold all of this and survive his harrowing quest. If readers do so as well, if the twisty, suspenseful plot pulls them into his world, I’ll be happy. At the end of my book, I include an appendix—the wisdom book itself. I would feel cheated if a scavenger hunt never revealed what was being sought, so I did my best to outline more explicitly the concepts underlying the story. YEM: What is some advice you would give to others who want to be authors as well?

Verlin: Don’t fight reality. It’s bigger than you are and it will win. Be realistic and work within the realm in which you have ownership. Let go of the rest–the outcomes beyond your illusion of control. Focus on a good faith process and find a way to cooperate with the way things need to be down the line As Stephen Batchelor says: Anguish emerges from craving for life to be other than it is. I think this especially applies to writers, given the state of our industry. (There you go—a sample of what I consider to be wisdom).

YEM: Why did you become a psychotherapist?

Verlin: I’ve got a pretty weird answer to this one. My (ex)guru told me to.

I’d never taken a psychology class or expressed any interest in becoming a therapist. I didn’t even know what the letters I’d end up with after my name stood for. In the space of ten days, I went from import store owner to clinical psychology grad student. (Since I already had a master’s degree in something else, they accepted me immediately). It didn’t take long for me to realize that my guru was right—it was the perfect career for me. Unfortunately for him, what I learned enabled me to diagnose him as delusional, so I graduated myself and everyone else out of our group after a few months.

YEM: What is your favorite part of writing your books?

Verlin: I like the way dialogue and plot flows during a first draft—when the story is still open-ended and anything goes. That is, I’m not beholden to a plan or what I previously wrote that I need to match up to. I never know any more than the reader does as the book progresses. Where will the story it’s going to end up? How will it get get there? (Picture me elaborately shrugging). To me, that’s fun. It’s like solving a puzzle via a creative process. Later, the drudgery appears, but by then I’ve created critical mass—lots of words—so it feels worth it to finish.

YEM: Is there one book that you wish you had written yourself?

Verlin: Lots of them. Books by Donald Westlake, Caimh McDonnell, Thomas Perry, Daniel Pinkwater, and Christopher Shevlin spring to mind. They all blend humor with suspense—something I strive for as well. I think it’s important to aspire to emulate one’s favorite authors, but also to know you’ll never be them. I do what I do, but these masters of their genres will always be beyond my skill level.

YEM: Who is the first person that you let read your books?

Verlin: My wife, who is very skilled at catching plot and character inconsistencies, as well as simply not liking parts of my books. I take her feedback quite seriously since she’s almost always turned out to be right, despite my initial resistance to making changes. My knee jerk tendency is to remember why I did things a certain way instead being open to a better way. Working with this through the years, I’m lightyears ahead of where I once was, but, like everybody else,  I’ve never eradicated my annoying ego stuff.

YEM: What is a genre of book that you hope to be able to write in the future?

Verlin: I’d like to write science fiction—something wildly original in which I invent wholly new cultures. Alas, my mind doesn’t work that way. I’m good at twisting reality, exaggerating possible realities, and the like, but whole hog fabrication? It’s beyond me.

Never Have I Ever Is Coming Back For Season 3 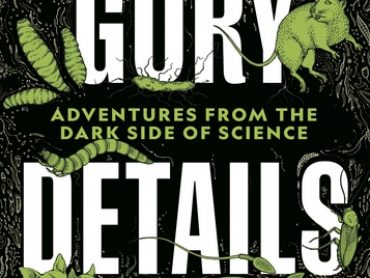